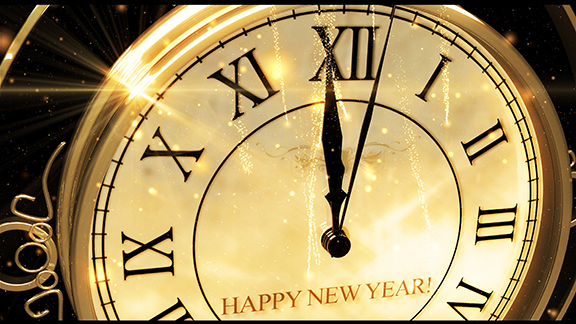 When I was a kid, we lived in a trailer house on my grandparents’ place. They had a farm with requisite chicken coop, cows, and garden. It was also the residence of the meanest rooster God ever created. It had wild red eyes that glowed in the dark, sleek reddish-brown and dark green feathers, oily with evil.

I hated that bird and was thoroughly terrified of him.

I was about five when the rooster from hell crossed my path for the first time. My brother was six. To this day I believe that rooster lurked in the yard, waiting for my brother or me to come outside. He was a sneaky creature, full of cunning.

Sixty-five-plus years have not dimmed my memory of the terror I felt the first time that cannonball of pure wickedness homed in on me. All I could do was stand there and scream my head off. Fortunately someone, probably my grandmother, came into the yard and scooped him up before he could fly into my face and peck my eyes out! Okay, maybe that’s a bit of an exaggeration, but I swear I can still smell that bird’s chicken yard breath!

For days afterward I wouldn’t leave the safe haven of our house. My parents had little patience with slackers, and threatened me with dire consequences if I didn’t do my chores, which meant at some point, going outside.

With quivering, wet-noodle legs barely holding me up and a belly watery with anxiety, I opened the door carefully, scanned the yard to see if the evil one was anywhere around, then stepped outside, watchful and alert. About the time I started feeling easy in my mind, that foul fowl came cartwheeling right at me, a flurry of feathers churning up dust. An awful squawk raised the hair on my arms and neck. After one breathless second of terror I was off like a shot heading up the steps to the house screaming, “ Mama, Mama, Mama!”

My mother hated that bird almost as much as I did, but she wasn’t afraid of him. She hauled out the broom and went after him with a vengeance. “Shoo, shoo! Out of here or it’s into the pot for you!”

My father didn’t hate the rooster, but he didn’t like the fact that my brother and I were terrorized by something with feathers. Dad told us to yell or throw rocks at the rooster to scare it off. “You’re bigger than that bird, don’t let him scare you.”

As I recall, I wasn’t bigger. In my mind I was about the same size and I didn’t have spurs.

Nevertheless, with my father’s words as a motivator I made up my mind, no crummy chicken-legged piece of poultry was going to keep me prisoner in my own house. My brother and I started carrying a stick or a broom with us when we were outside. The yard became a battlefield, one we defended resolutely, usually with me standing behind my brother as he did battle for both of us.

As it turned out the battle was won by default. One night something got into the hen house and the rooster met its end. I’ve always suspected my dad had a hand in that, but maybe not. Dad insisted it was a fox.

That rooster, as much as I despised him, and my father’s insistence that we couldn’t let a silly bird whup us, taught me a lot about not allowing fear to rule my life.

In 1941 President Franklin D. Roosevelt said in a speech to Congress:

“In the future days, which we seek to make secure, we look forward to a world founded upon four essential human freedoms.

The first is freedom of speech and expression – everywhere in the world.

The second is freedom of every person to worship God in his own way – everywhere in the world.

The third is freedom from want – which, translated into world terms, means economic understandings, which will secure to every nation a healthy peacetime life for its inhabitants – everywhere in the world.

The fourth is freedom from fear – which, translated into world terms, means a world-wide reduction of armaments to such a point and in such a thorough fashion that no nation will be in a position to commit an act of physical aggression against any neighbor – anywhere in the world.”

The good news is that we have at our disposal two weapons to overcome that fear, much like the stick and the broom we used to defend ourselves against that wild-eyed rooster. We have courage and vision.

It begins with courage based on wisdom and discernment, and is under-girded by a vision of ourselves as winners, not victims. Courage gives us confidence, vision gives us possibilities.

In 2016 be courageous and visionary. Don’t let the roosters win.

Updated and reprinted from an opinion piece written by me in the Hermit’s Peak Gazette in January 1999. Thanks, Marylena Melton for sending this to me. Given the state of the world, this seems as relevant today as the day I wrote it nearly 15 years ago. Interestingly the words President Roosevelt wrote 75 years ago resonate as well.