This review was written by Paul Dellinger, Yellow30SciFiReview, in 2010, right after Future Imperfect came out. It appears on Amazon as a 5-star review and I thank the writer for posting his thoughts. Reviews are important to writers and greatly appreciated, even when they’re not what we want to hear. Please buy, read and review my books, which may be found at amazon.com, or by contacting me directly at sharon@oneroofpublish.com.

The planet has been devastated by something called the Plague War. The ozone layer is failing. Life as we know it is threatened.

And then things get worse.

In F. S. (Sharon) Vander Meer’s science-fiction novel, Future Imperfect, the title is a perfect description of the setting. A scientist has developed a fast-growing type of tree to multiply and put out enough oxygen for an environmental fix. Unfortunately, the trees prove to have a side effect: vines that produce toxic effects on human beings, every bit as awful as the Plague War. The result is that those who have escaped the disease isolate themselves underground, while top-siders must deal with barbaric and diseased conditions.

And then we meet Hannah.

Hannah Evans does not even remember her own name, when she awakes as a naked prisoner in an unknown place. But she begins to recall bits and pieces of her life, despite a tiny implant by her captor which strikes her down with massive headaches when she tries to mentally reconstruct any part of her life. It is easy for the reader to come to admire Hannah, who starts out basically at zero and overcomes one bad situation after another by sheer personal character and resolve. She won’t give up. And we don’t want her to.

Gradually, we learn that she was taken from topside at some point and made a prisoner of an isolationist scientist. The more she remembers, the less she trusts anyone — even one of the underground military commanders to whom she feels an attraction. She does achieve more freedom in the underground civilization, and several times becomes a pivotal figure in the political intrigues going on around her. People tend to underestimate her, but soon come to respect her courage and quick thinking.

Each chapter opens with a Bible verse which proves applicable to what happens in that part of the story. The ending reveals what is behind all the mysteries, but does not wrap up everything in one neat package. Perhaps that means a sequel, but enough is resolved to make this work as a stand-alone novel as well. F. S. Vander Meer has created a realistic future world and peopled it with interesting characters, especially Hannah. This book will appeal not only to science-fiction readers but to anyone concerned about just how imperfect our future may turn out to be. – Paul Dellinger

About author Sharon (F.S.) Vander Meer: Sharon has spent much of her career as a freelance writer, reporter and editor. She has been a storyteller since childhood and finds inspiration in everyday life. In addition to her latest novel, Blind Curve, she has written three other novels: Finding Family, Future Imperfect and the Ballad of Bawdy McClure. She has also written a book of inspirational readings, Not Just Another Day and two chap books of poetry. Her books are available at amazon.com or by contacting her directly at sharon@oneroofpublish.com. She lives in northern New Mexico with her husband Bob.

Follow Pella Soames on her quest to right the wrongs of long ago.

When loyalists quelled an insurgent plan to take over earth nearly 20 years ago, they found Pella Soames and Bartholomew Casey among the captives destined for slave transports. Fog Island  was intended to be the first stop on a long journey to hell. Just as Pella escapes her captors, she discovers her mother is slave to Brutus Tauk, a brutal Chandorian overlord. Pella believes her mother is alive. She will risk anything to find her.

Episode 2 of Hunter’s Light, The Quest, will post on Friday. You may read Episode 1 here, free. Access to future episodes are by subscription. Thank you for subscribing. 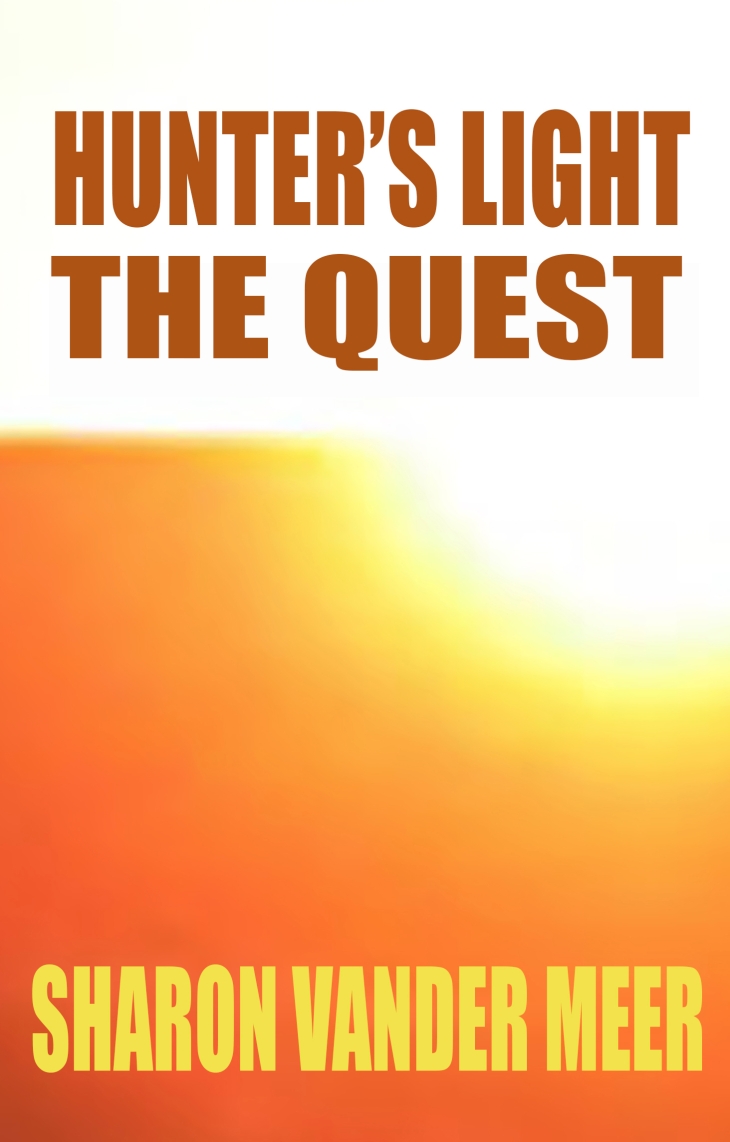 Access to all episodes of Hunter’s Light, The Quest. When the book is complete, you will receive a signed print copy. Episodes will post weekly on Friday.